Have you heard of Día de los Muertos, or the Day of the Dead? This widely recognized holiday has Aztec roots and is now celebrated all over the globe. Some people assume it is the Spanish version of Halloween, but this couldn’t be further from the truth. Continue reading to learn more about this beloved Hispanic holiday.

What is Día de los Muertos?

Día de los Muertos is a day set aside to honor the dead, specifically friends and family members who have passed away. Families mourn their loved ones and ensure that they are never forgotten by those who are still alive. Originally celebrated in Mexico, this holiday is now recognized all around the world.

While it may seem that a holiday remembering the dead would be somber, this is far from the truth! Día de los Muertos is a celebration of life, and those who celebrate it believe that during this time, the spirits of their loved ones return to life for a brief reunion during this time. Colorful celebrations, parades, and festivals embody this holiday.

When is Día de los Muertos?

This holiday dates back more than 3,000 years. It originated with the Aztecs, who dedicated an entire month to their deceased ancestors. The Aztecs believed that when someone died, he or she journeyed through nine levels before reaching their final resting place. During the month-long observance, family and friends would provide food and items to help their loved ones complete that journey. The Aztec goddess Mictecacihuatl, whose name means “lady of the dead,” was believed to watch over the festivities.

Families create altars to celebrate their dead relatives and create a welcoming space for them to return to. These altars can be made in cemeteries or homes. The design and contents of the altars vary from family to family, but many of them have common elements, such as flowers, photos of the dead, candles, incense, and even favorite foods and drinks! Some families include pillows and blankets to help their loved ones sleep. 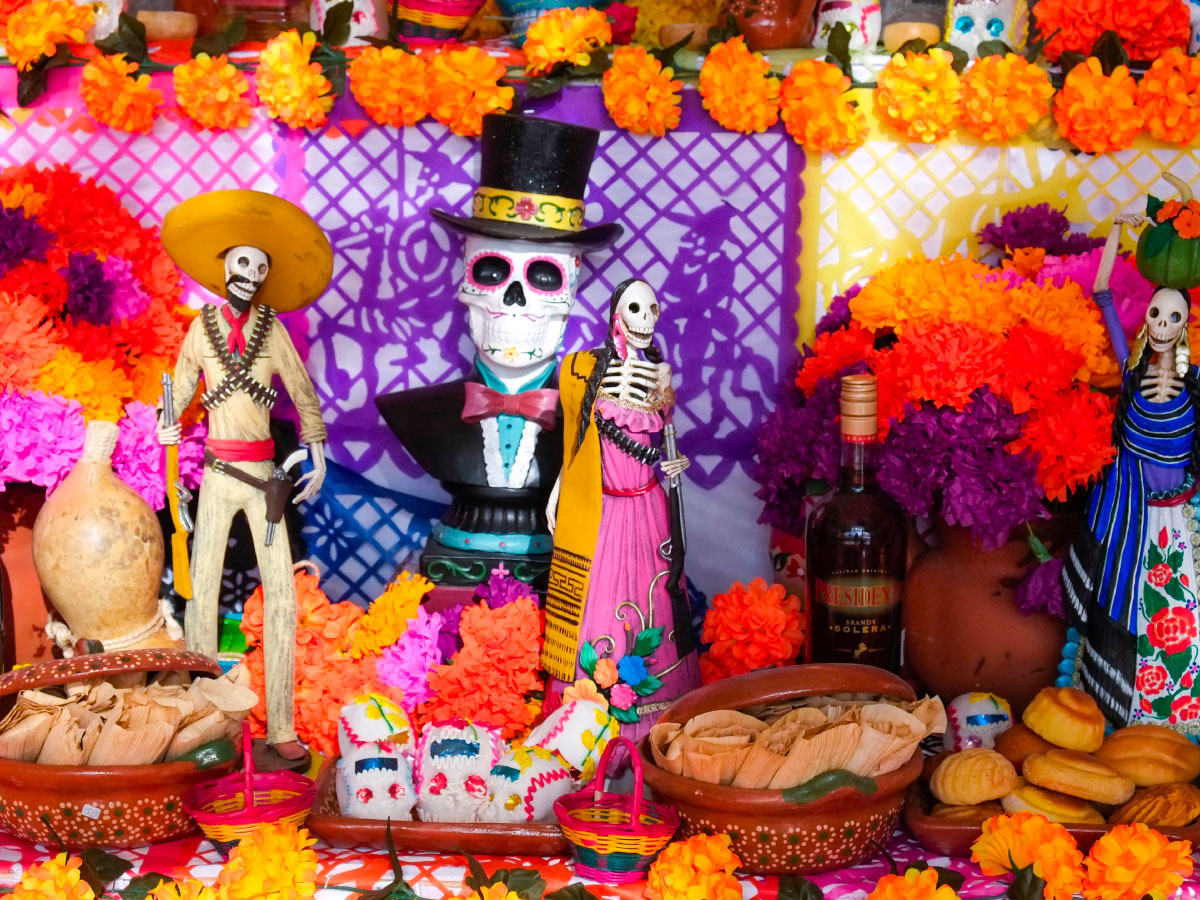 A celebration wouldn’t be a celebration without a parade, and the most popular Día de los Muertos parade is in Mexico City (yes, add it to your bucket list)! Such parades include dancing, singing, colorful costumes, painted skull faces, fireworks, and drinks of all kinds! Parades will continue throughout the two-day holiday, well into the night. 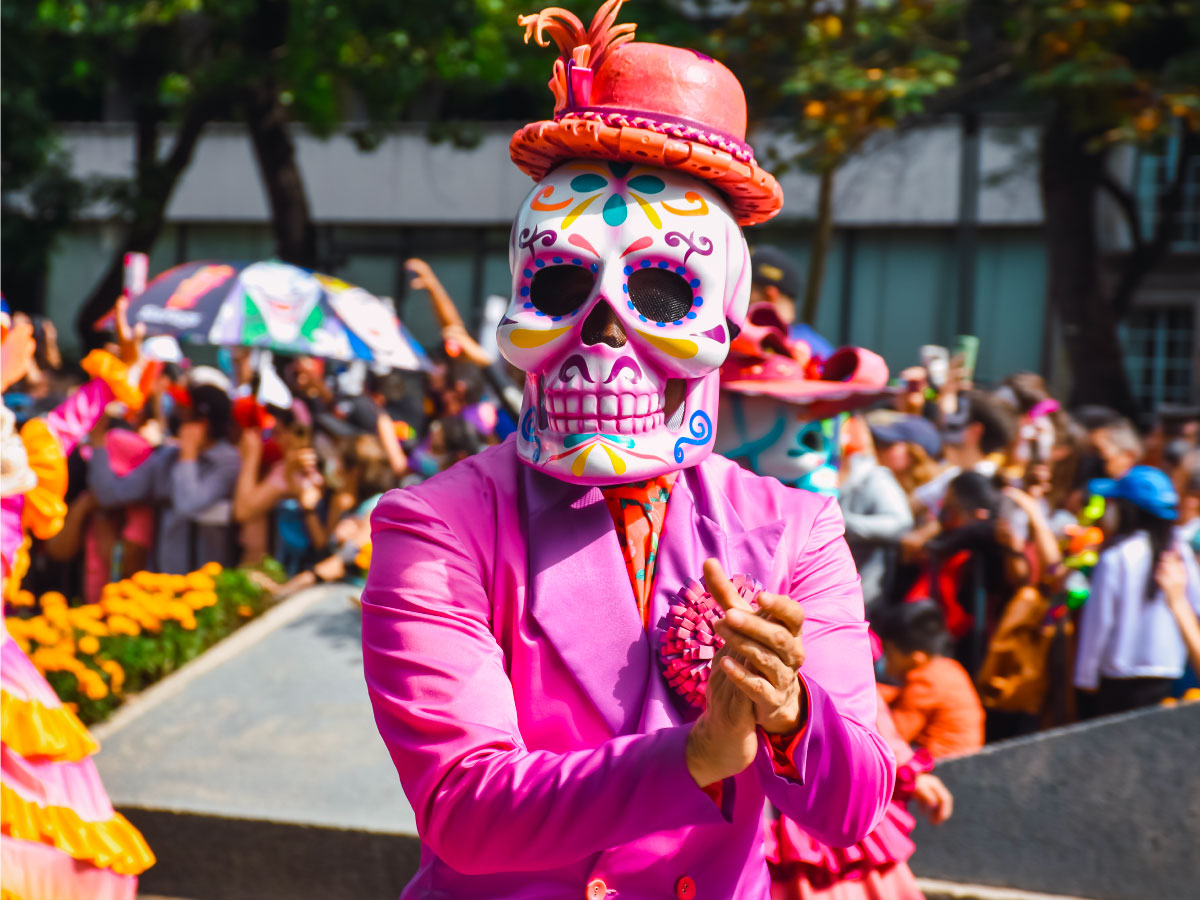 Calaveras, or skulls, are a prominent symbol of the holiday. Families make calaveras out of sugar to leave on the altars of loved ones and also paint their faces to resemble these colorful skulls. The prominence of skulls comes from the intersection of Spanish, Catholic, and Aztec cultures. 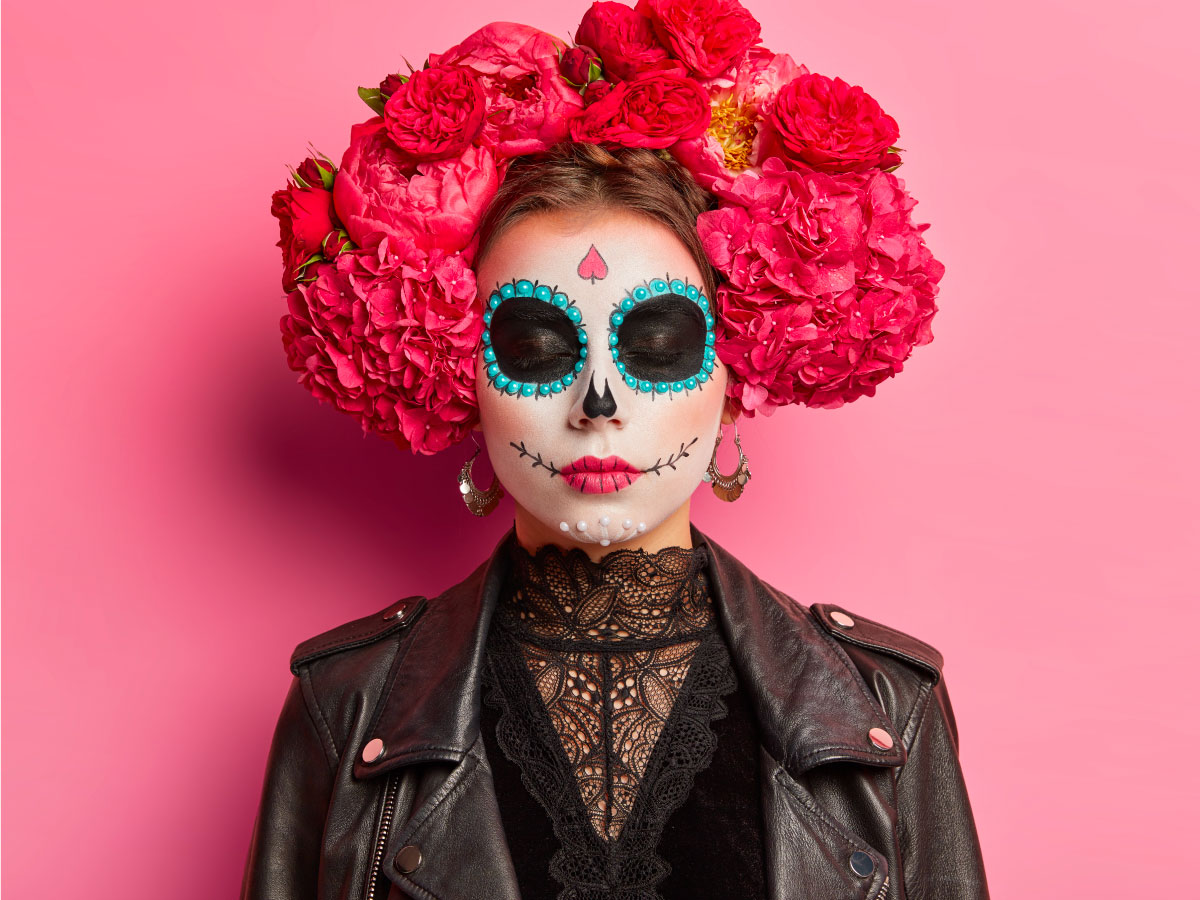 Flowers, specifically marigolds, are a traditional piece of this holiday. Marigolds are known as the flower of the dead, and they were sacred to the Aztec goddess Mictecacihuatl. Those celebrating this holiday believe that the fragrance of marigolds will guide their loved ones back. 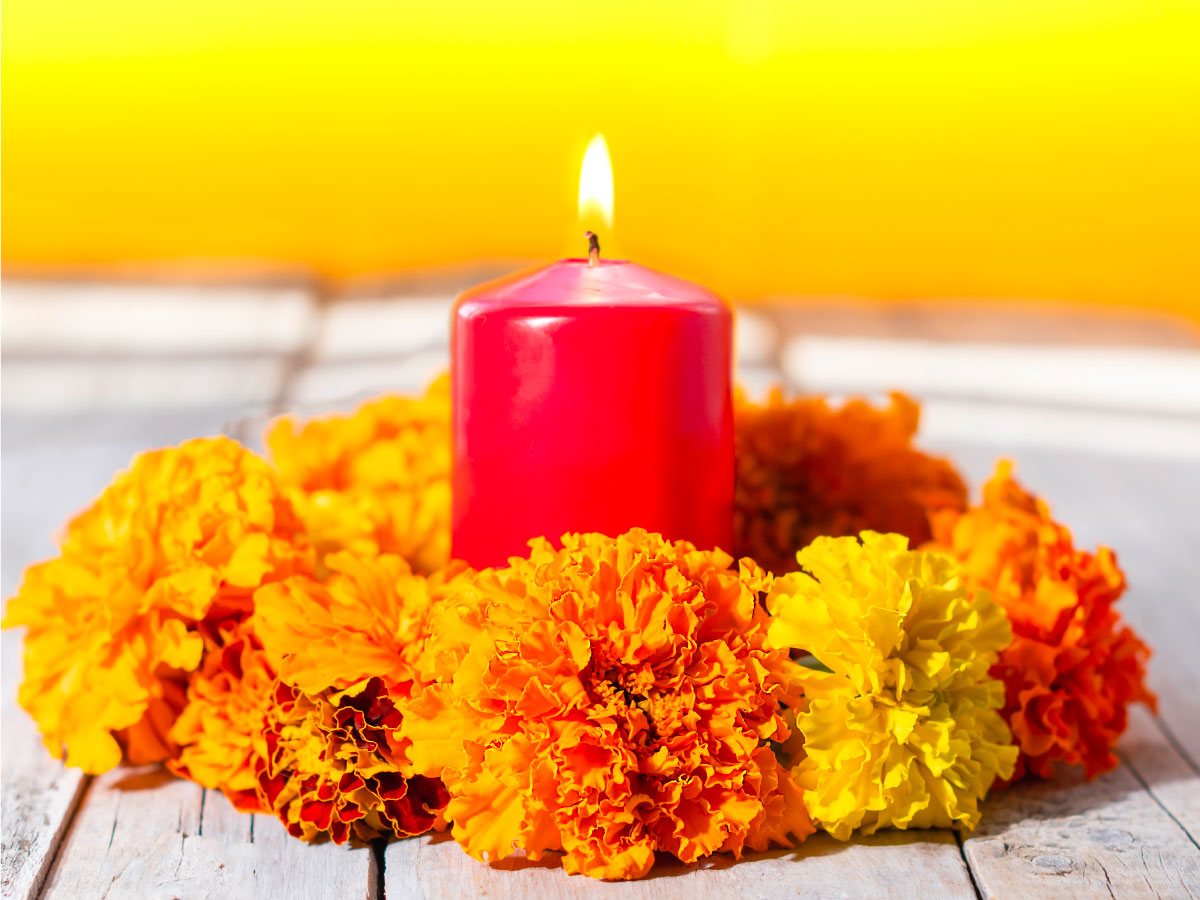 There are so many great traditional Día de los Muertos drinks to choose from, but our hands-down favorite for this holiday is the Flybird Blood Orange Margarita. Add some ice to a sugar skull-themed glass, garnish with some edible marigolds and a cayenne pepper salt rim, and you’re good to go! No bartending needed. 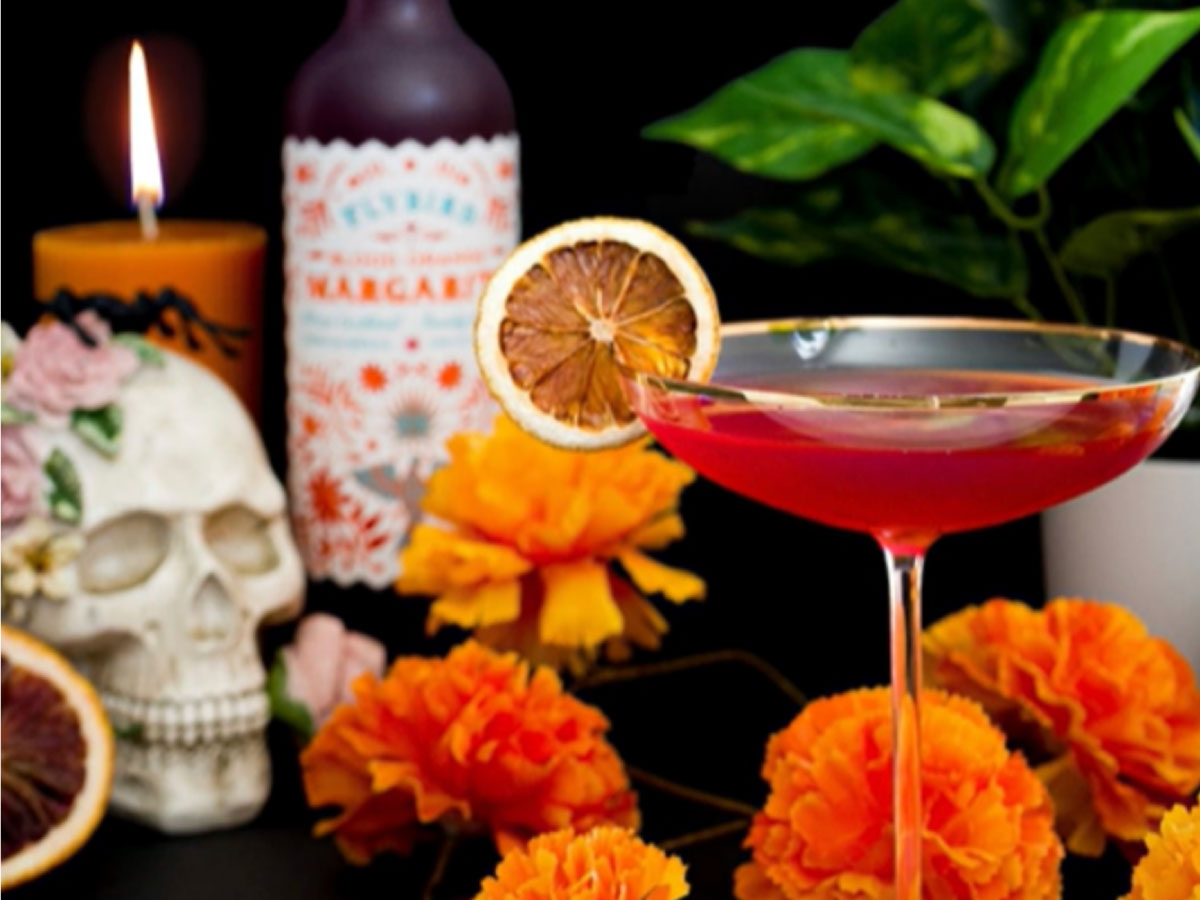